Chinese edition of the Three Levels of Sustainability book authored by E. Cavagnaro and G.H. Curiel

That sustainability is not only a Western concern has been again proved by the Chinese translation of the Three Levels of Sustainability. This book authored by Elena Cavagnaro and George Curiel presents sustainability holistically as value creation on an economic, social and environmental dimension at the level of societies, organisations and individuals.

The University of Tongji showed interest for the book back in 2014. In an e-mail dated January 21st 2014 Dr. Jiang Bo, Vice-President of Tongji University praises the book because “It discusses sustainability in a comprehensive scope, involving various disciplines” and shared with the authors his opinion that “the book should reach a wider audience in China”. 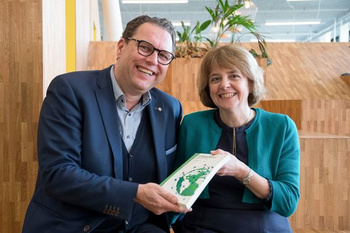