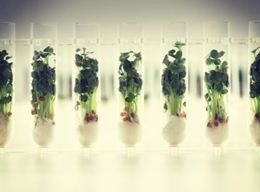 The 2016 CHME conference was held at the Department of Hospitality and Tourism of Ulster University Business School, in Belfast. The theme of this year was Inspire, Innovate and Succeed. From Stenden AIHR Tjeerd Zandberg, Elena Cavagnaro and Conrad Lashley attended the conference, and presented one or more (Conrad!) papers. We greeted old acquaintances such as Jeroen Oskam, Ian Yeoman, Peter Liguosi, Paul Lynch and Sarah Rawlison.

Ian Yeoman's keynote on the future of food further elaborated on the concepts that he already sketched at the Guest on Earth conference at Stenden in November 2015. The four scenario's developed by Ian were constructed on the basis of two axis: encounter with food (enduring vs casual) and social role of food (interest vs friendship). Scenario 1, a dystopia in Brugman's et al. (2010) terms, is looking at a 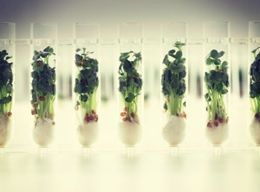 polarized society where the happy few have access to real food, and fine dining, while the majority has to cope with the negative effect of a polluted and exhausted environment. Scenario 2 looks at food as identity, and attempt to explain the role of cocking in society. Food is an expression of creativity, and as such attractive to both women and men. Interestingly, being creative means that people are much more open to experimentation in cocking (and thus to foreign techniques and ingredients) and at the same time are craving for local, authentic, possibly self-grown ingredients. Scenario 3 sees food as entertainment, driven by pleasure on one side and science on the other. Enjoying meat in the future may be eating a laboratory grown hamburger and hydroponically grown vegetables. Scenario 4 seeks to predict the future of quick service dining, and is called food as an informal relationship. May be surprising for some, the response by fast food to the call for transparency and sustainability, mean e.g. a vegetarian choice on the menu or the use of local ingredients, has been strong. As usual Ian was very entertaining, though on a critical note the four scenarios were not very innovative. 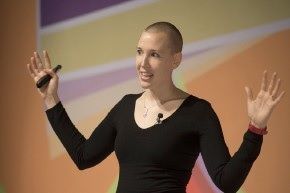 looking at the meaning that food has for people. Design for her is deliberately giving meaning to life and at the same time satisfying leople's needs. Meaningful to her implies that designers take responsibility for the products they design also after their 'shelf' life: this sounds very near to the concept of designing for sustainability.

Designing for meaning, for dr Zampollo, is designing beyond the five senses: therefore not only looking at smell, taste, appearance, texture and so on but also to the context for which and in which the food is consumed. With that last dr Zampollo means the food, the vessel on which it is served, the space in which it is served and the relation between the 'me' and the other people such as friends or waiters with whom the 'me' relates when eating. When dr Zampollo went in search of what food means to people she discovered that the call for local, pure, authentic, sustainable produce is strong alongside the link between food and family memories. Interestingly in her research very few people where finding food consumed in restaurant as meaningful. There is wuite some room for improvement here!

It has surely been a very pleasant presentation, yet the link between food design and sustainability remained very vague. When questioned dr Zampollo pointed toward the distinction between good and bad design, where bad design does not meet a real need of people.

The third and las key note of CHME 2016 was given by professor Peter Walker, head of the Ulster School of Architecture on Belfast as city and destination. Actually his keynote took a broader look and tried to understand why traveling, for the ones who can afford it, has become less exciting than jt used to be. Modern architecture 9such as the 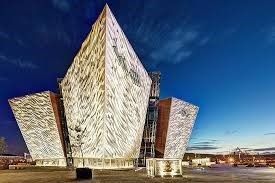 Titanic center in Belfast, in the photograph), the spread of the international western style of building, and a troubling lack of attention to sustainability have rendered cities very similar and very unhealthy, is his explanation. Architects have a responsibility here, to help city develop for the 21st century with sustainable transportation, less congestion, more green. Belfast, professor Walker, concluded is unfortunately not yet developing in this way - though there are some food examples such as the city bike and increased attention to waste separation.

Of course a conference is also an opportunity for networking. For me CHME 2016 meant the pleasure to meet Francesca Zampollo and discuss with her the role of (food) design in supporting the sustainability agenda. Are you interested in looking at papers presented at CHME in its four tracks (hospitality management, studies in cultural and critical hospitality, education, niche tourism) pass by at the master office. Regina has a pen with all papers saved on it, including Conrad's (on shared homes in France), Jeroen and Tjeerd's (on the media value of OTAs) and mine (on sustainability values and the choice for a wildlife tourism package by young tourists).

Next CHME will be held from 16 till 19 of May 2017 in Aalborg, Denmark: it will be the first time on the continent! Theme will be Hospitality on the Move, Beyond Borders. Hospitality outside the traditional hotel sector will be one of the foci, together with sport & events, and a whole track dedicated to papers from the industry. Lego is one of the presenters. For more information www.CHME17.org