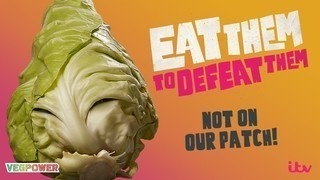 On the 17th of June 2019 Femke, Monique and Elena visited the symposium held by NGF (the Dutch agency for Fruit and Vegetables) about nudging. They met there several colleagues in the area of behavioural intervention, including Eva van der Broek and Michel Altan.

Hereby some take-outs from the symposium. 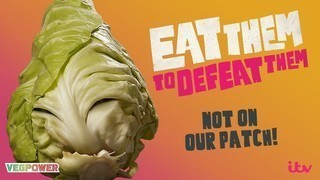 Jo Ralling, head of communication at the Food Foundation (UK), was the first speaker after the introduction by the NGF director. Ralling pointed that for each pound spend in advertising fruit and vegetables 17.5 pounds are spend to advertise soft drinks, chips and so on. After listening to hundreds of kids, challenging them to design marketing campaigns to encourage other kids to eat vegetables and understanding that they were bored to hear that they had to eat veggies because they are healthy, Ralling decided to make veggies ugly and bad and ask kids to rescue the world from them by creating the slogan and shooting the video 'Eat them to defeat them'.

The campaign got on ITV on prime time reaching above 60 million of people, and was backed up by retailers not only financially but also by repeating the nudge in their shops. Cooks also connected to the campaign, including Jaime Oliver for whom Jo Ralling had worked previously. A crucial moment was when school canteens embraced the campaign.

Did the campaign worked? 64% of the children liked the campaign, and own research shows that kids who saw the add like vegetable more, find them most tasty and eat more vegetables than kids who have not seen the campaign. A full fledged evaluation that is backed up by several research institutes, including Oxford, and will include selling data, is underway and will be published in Autumn 2019.

What this presentation taught us is that listening carefully to and acting on the understanding of the target group is vital for the success of a nudging campaign.

Nudging’, with whom the professorship sustainability worked at the Food Waste project sponsored by the Ministry of EZ, was the second key note. She reminded the audience hat our brain has more than 250 bias, i.e. shortcuts for decision making such as habits and heuristics, and that we make around 225 decisions about food, daily! Of course these decisions are biased and, as research shows, they are also strongly influenced by the surrounding environment. Consider for example what you will choose to eat at lunch if you are at home, at your work or at the train station. Finally, Eva summarized research on nudges that bring people to buy more vegetables in supermarkets (by e.g. suggesting that a section of the shopping basket is dedicated to vegetables), to eat less chips (giving one out of ten Pringles a colour signals to the brain how many chips have been eaten and lowers consumption by 50%; see for more info https://abcnews.go.com/Health/colored-potato-chips-slow-snacking/story?id=16408671); to guide choice by suggesting scarcity (one bottle less of a certain type of wine, will increase selling by 15%). It was a nice recap of theories we knew.

Finally, the results of the NGF research with retailer Dirk van der Broek were presented by Coosje Dijkstra from the VU. Research was designed as a pre test post test experiment, taking six weeks as a basis time unit, and using as control a second supermarket and the buying data of the same six weeks one year earlier.

In the experiment several nudges were used simultaneously, including social norms nudges such as 'clients in this supermarket buy four types vegetables and fruit'. As far as I understood from the answer to the question I posed about the role of employees, they had no specific role in the experiment. This is questionable, as other research suggest that employees have a major role in directing clients towards more sustainable and healthy choices.

The intervention used a so-called kitchen sink approach. Several nudges were used at once. The success of the intervention can therefore not be linked back to a specific nudge. It is their combination that worked out well.

The same nudges were used all along the six weeks, but it was clear that after three week the effect was weakening. A major take-out from the experiment is to refresh the nudge once in the three weeks.

Interestingly, a vast majority of clients (88%) found that it is important to promote healthy food moreover (91%) was totally not afraid of paternalism. Yet, as the client composition was not known, these results should be taken with care.

What this presentation taught us is that in collaborating with businesses researchers need to avoid disrupting business operations otherwise the collaboration is not to become long term.

Finally, if you read Dutch and look for inspiration on vegetables see https://www.veggipedia.nl.