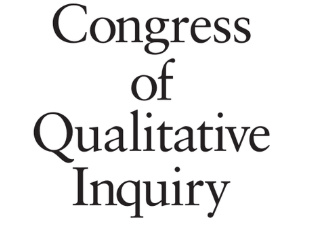 Reflections from the International Congress Qualitative Inquiry University of Illinois

From 15 till May 2019, I visited the 15th edition of the annual International Congress Qualitative Inquiry. Dr Norman K. Denzin, Professor emeritus at the Department of Sociology at the University of Illinois, welcomed the 2000 delegates during the opening ceremony with the words of the English poet/novelist.

We shall not cease from exploration.

And the end of all our exploring

Will be to arrive where we started

And know the place for the first time.

Denzin, renown scholar and advocate of qualitative research methodologies is founding father and inspirator of this conference. This year’s theme was Qualitative Research and the Politics of Resistance:

The 2019 congress offers scholars the opportunity to foreground, interrogate, image and engage new ways of a politics of resistance and critical qualitative inquiry in these troubling times. Sessions will take up such topics as: research as resistance, redefinition of the public university, neoliberal accountability metrics, attacks on freedom of speech, threats to shared governance, the politics of advocacy, value free inquiry partisanship the politics of evidence, public policy discourse, indigenous research ethics, decolonizing inquiry. (program 2019 p. 4)

The congress reflected the many possible directions and richness of (critical) qualitative research as well as the importance of qualitative research for professional knowing and personal development.  It was therefore a great pleasure to meeting scholars and researchers that are so important to the field of qualitative research; whose books we have on our library shelfs; who constantly keep qualitative research alive so important in times where the evidence-based discourse decides research agendas and research project funding. Especially Elisabeth St Pierre gave a provocative key note with the title The post qualitative inquiry, the refusal of method and the risk of the new. She critiqued the use of “pre-existing social science research methods and methodologies that prescribe what must be done before one begins to inquire. The reliance on scientific method has been called methodolatry—the worship of method—and scientism—the belief that only science can produce true knowledge”. Instead, so she argued “there are no methods in post qualitative inquiry, which relies on postmodernism’s ontology of immanence—what is not yet, does not yet exist, what is to come that must be created, the new. Post qualitative inquiry, then, is immanent, cannot be described in advance, is experimental, and cannot be repeated. It may well be unrecognizable as what everyone knows is social science research, and that is its appeal, the risk of the new and different” (announcement key note, ICQC website). Food for thought, I guess.

During the conference, I presented my paper, The path appeared in the walking: Hotel management undergraduate students doing participant observation during internship. In September 2018, I launched an Anthropological Participant Observation research project in which we and around 100 students have explored the possibilities of combining participant observation and their third-year management training in the on campus Stenden Hotel. For the first time, participating students were exposed to a constructivist research approach in our merely positivist educational research context.

The pilot is embedded in the discussion about direction hospitality research goes / should go. Much hospitality research is affected by what is addressed as the Tyranny of Relevance – relevant for the management of the business / company. Moreover, it is dominated by the positivist/ realist paradigm with strong emphasis on quantitative empirical data collection and statistical methods (Lashley, 2018). More marginally, phenomenological interpretivist research called hospitality studies is seen on the other side of the scale. Lugosi, Lynch and Morrison (2009), inspired by the critical management studies, argue that a combination of the two could create a 3rd way for hospitality research. They mention “a desire among hospitality academics to think critically about what they are attempting to study. They also highlight the need to critique the approaches used in research and [to] teach hospitality” (Lugosi, Lynch & Morrison, 2009, p. 1467). In addition, Lugosi reflects on the potentiality of ethnography for learning, “the principles of reflexivity, criticality and ethical consciousness at the heart of ethnographic practice also provide the basis from which to develop the reflective learners and socially responsible practitioners championed by Lashley (1999), Tribe (2002) and Morrison and O’Mahony (2003)” (Lugosi, 2009, p. 102).

Furthermore, the pilot is informed by the work of the social anthropologist Tim Ingold. He argues that anthropology and ethnography are not the same and thus anthropological participant observation differs from the approach ethnographers take in doing participant observation. In his HAU Journal of Ethnographic Theory articles (2014, 2017) and in his latest book (2017) he argues that Anthropology needs to be seen as Education: it is about learning with the world.

Initial conclusions from the pilot narrate about the difficulty of students to unlearn and leave the positivist mindset behind; about the opportunity of participant observation during traineeship to create in-depth understanding of the self-evident day to day operations; and, about the value for creating reflections on one’s own functioning as manager.

Lashley, C. (2018). What to do about how to do: Reflections on the future direction of hospitality education and research. Research in Hospitality Management, 8(2), 79-84.