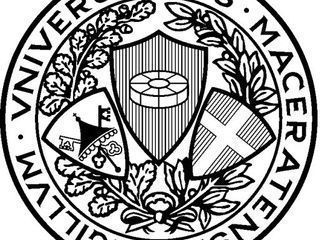 Visit to the Univeristy of Macerata, International Seminars Week (12-16 December 2016)

Visit to the Univeristy of Macerata, International Seminars Week (12-16 December 2016)

The University of Macerata offers, among others, a program in

tourism that is ranked 4th out of 28 tourism related programs in Italy. In the last few years the University of Macerata invested heavily in internationalization. The results are an international student population and an international research network that includes Stenden Research Group Sustainability in Hospitality and Tourism. This year, for the first time, the Tourism department of the University of Macerata invited their main international contacts to deliver a series of seminars to their master students. As guests of an Italian university we worked hard during the day (from 08:00 when the first lecture started) till 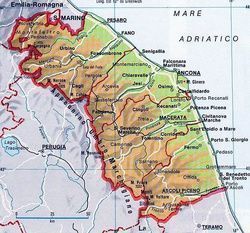 17:00 (when the last lecture ended) and worked even harder during the evenings to explore the local version of the Mediterranean Diet, declared UN world heritage and therefore worth testing. The result of the test? A recommendation to you all to visit the Marche, including the inner part of the Province where Macerata lies, and enjoy its wonderful food and beverage offer. Hereby some notes on the week in the hope that they could be interesting to you. 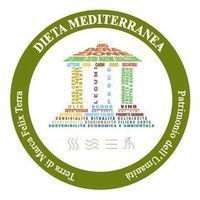 One of the first keynote that I was able to attend was delivered by Chiara Rinaldi, post-doc from the University of Gothenburg. Chiara Rinaldi has been involved in research on local food as a tourist attraction since her PhD at the University of Macerata. She has a Marie Curie scholarship and is involved on a series of European projects on regional tourism development.

The aim of her research is to understand the condition under which a specific place or region has been able to build on local features and to identify a successful sustainable development strategy based on food and gastronomy in the long-term. Dr Rinaldi approach to sustainability is similar to the one I developed: multidimensional and stakeholders' based. To explain her focus on food she first of all referred to the policy framework that Europe is developing around food, gastronomy and sustainability - from the Smart Specialization Development policy of the EU via the UNESCO heritage policy till the 2017 UN international tourism for development year. Yet, to her food is one of the major opportunities that a region has to market her identity.

Food is a multidimensional construct that includes elements

such as products and practices (e.g the time when a meal is eaten); gastronomic and sensory elements; origin (including local and organic) and preparation. Local food, too, is a multidimensional concept. Dr Rinaldi identifies three main dimensions of local food: products, landscapes and cultural heritage. All three constitute the food identity of a region. Dr Rinaldi stresses in her research the social, lifestyle aspects connected to food production, consumption and marketing. In the last aspects she stated that food is gradually replacing a geographical location as a brand destination. In other words, people tend to choose a destination for what they know they could taste there. Consequently, to successfully develop a region as a food tourism destination the community should be part of the equation - including restaurants. If a region only produces, and does not consume or use a certain product itself, tourists will not connect that region with that product.

This is may be not so good news for the Netherlands and Leeuwarden 2018 - unless, as some visionary Frisian restaurateurs hope to do - a menu van be created and promoted based on fine local products from diary to Weduwe Joustra bitter.

The production phase knows of course its challenges in connection with food heritage, including the globalization and commodification of 'heritage' food. How authentic is Italian pizza nowadays? And which has been de role of tourism and of restaurants in making pizza an inauthentic experience? I remember my surprise to find on the menu of a restaurant in Leeuwarden owned by an Italian chef pizza with pasta, a sheer impossibility in an authentic Italian context!

Massimo Giovanardi, lecturer in marketing at the School of 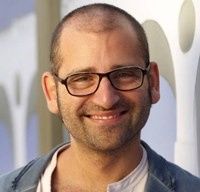 Business of the University of Leicester, delivered three lectures on principles and practices of destination marketing and branding. Dr Giovanardi started by distinguishing two approached to branding: a strategic and a tactical one.

A strategic approach to destination branding starts with understanding the identity of a destination, taking into consideration the different communities that constitute it through a participative approach in order to avoid social exclusion of (less vociferous) stakeholders. The 'nothing is like Australia' advert is an example of citizens' involvement in a communication campaign. Strategically, the campaign has been designed in a modular way to fit with the previously identified target groups. Another example is the 'Curators of Sweden' campaign. In 2011 Sweden let go of the central control of their twitter account and offered the opportunity to a Swedish citizen every week to host the country twitter account. It became a huge success.

A tactical approach to branding, often used by politician under pressure, focuses on administrative entities and may result in a unauthentic choice that is not recognized by the target group. He was also adamantine on the fact that research shows that (country) commercials, logos and slogan do not work: again interesting news for Leeuwarden2018 which logo, as you may know, has been designed twice. The point is that normally destination advertising ends up with the same clichés, the same images and even the same type of music. Even IAMsterdam, a marketing campaign that is often advertised as a unique success, does not escape his criticism. He reminded us that it is very similar to the Be Berlin or ILoveNY campaigns. His recommendation is to embed these actions in an integrated communication strategy, as it happened in the Australian campaign mentioned above. 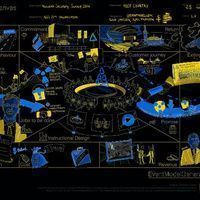 Before you get the impression that all participants were Italian emigrated abroad, let me say few words about Milla Järvipetäjä from Turku, Finland. She engaged the students in a series of workshops about creating event concepts. Her starting point was asking students to form groups and choose an event that they would like to organize in the region. Then she guided them through the process of creating the event by using different tools such as a stakeholders' analysis on the basis of the event canvas developed by Ruud Jansen and Roel Frissen. This is an interesting tool that can be used to understand, analyse and manage stakeholders’ expectations with the hope of assuring their satisfaction and loyalty. The canvas can be found at www.eventmodelgeneration.com. Then she asked students to draw a mood board of their event using a power point slide and post it on 'padlet', so that they could be shared with everybody. Students greatly appreciated this active way of working, something rather different to the theoretical approach so typical of Italian universities.

I delivered two keynotes, one on my vision on leadership for sustainability and one on my research line on youth tourism. Both started with a presentation of Stenden Hotel Management School that triggered the interested of the students mostly due to our Real World Learning concept.  The keynotes were also well received, judging from the warmth of students' applause and the conversations with several students after the lectures. One of the most interesting conversations has been with a student from Ecuador who told me that their new constitution is based on the principle of sustainable development in order to guarantee the wellbeing of the community. She dedicated her bachelor research to the topic and is planning to focus her master thesis on the impact of the new constitution on the governmental policy related to tourism. We promised to keep contact with each other and, who knows, develop a case study on Ecuador sustainable policy.

I also participated in a stakeholders' dialogue cantered on the relationship between the university and the surrounding community, and in particular on how the university could contribute in the post-earthquake development of the several cities and towns of the inner part of the Marche that lament serious damage to their buildings and economy. Tourism development is seen, as often in similar cases, as a venue to refuel the local economy. Yet, the area that has been interested by the earthquake has clearly at the moment other priorities: build anew the houses that have been destroyed anti-seismically and at the same time guard the cultural heritage where local stones have been for centuries the main building materials. It should be considered that several towns have lost more than 80% of the buildings and infrastructure. When this phase will be completed, then the hope is to link back to projects that were designed before the earthquake and aimed at the re-qualification of the territory and its main cultural heritage - including projects that were initiated with the University of the Marche such as the digitalization of archives, the re-launch of the area as a destination for winter sports and  the marketing of local food products.