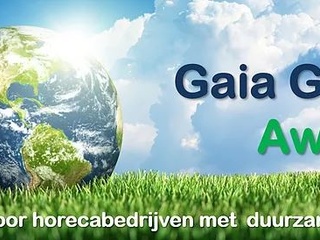 Hereby follows their announcement of this important step:

BLOOMING HOTEL MOST SUSTAINABLE HOTEL OF THE NETHERLANDS

After winning bronze last year (Dutch Hotel Award) as well as silver (Zoover Award), it was gold for hotel blooming this time. Late September during the hospitality trade fair in Rotterdam the much respected 'Gaia Green Award' was presented to CEO Mike Bosman and his team. These awards are presented to restaurants, beach pavillions and hotels in The Nederland and Belgium that have demonstrated amazing effort in sustainable business. And therefore hotel blooming, situated in a small Northsea beach town called Bergen, may call themselves 'Most Sustainable Hotel In The Netherlands'. The jury chose blooming as winner over competitors Hotel Jakarta (Amsterdam) and family Hotel Soll Cress (Kokszijde).

The jury was very impressed by the social contribution of blooming. Sustainability is therefore deeply rooted in the foundation, where most of the profit goes to social initiatives. Two years ago, Mike Bosman, appointed Marieke Böggemann as a full-time CSR-advisor. Together with employees and departments, she translates sustainable and social ideas into concrete plans and projects.

A good example is the collaboration they have with 'Scorlewald Foundation'. Hereby people with a distance to the labor market grow products for blooming in the vegetable garden of blooming's own 'Estate Het Hof' also in Bergen. Waste gets separates and is composted by blooming themselves and only a day later they fertilize their own vegetable garden with it. In that sense, team blooming undertakes circularly, because in that huge organic vegetable garden they grow more than fifty varieties of vegetables, fruit and nuts. The chief gardener determines the seeding plan together with the executive chef.

The bottle is the message

blooming also gives its business guests a 'Dopper' bottle that can be refilled at various places in and around the hotel. Marieke: "A Dopper user is good for dozens of PET bottles that are no longer needed and therefore do not have to be made". They also made their own blooming beer with a local brewer after another Spanish partner already produced wine for the proud winners. And of course all organic!

And that's not the only thing. The guests sleep on beds made by 'Cocomat', straws have been replaced by those from 'Straw Life' and toilet rolls are replaced by those from 'The Good Roll'. In the meantime, mono-packaging is a thing of the past and the bread is largely baked by people who have a large distance from the labor market. blooming was asked to partake in Amsterdam's leading group of circular hotels. And now it gets lots of new inspiration through this new collaboration. Böggemann continues: "and that's how sustainability is in our DNA".

Mike Bosman said after the ceremony of course to have seen enormous competition in colleague 'Hotel Jakarta' from Amsterdam. “Their building is of course fantastic; fully purpose-built and completely energy-neutral. Our properties were not developed at the beginning of the last century, and even more so in the seventeenth century, with the thought that blooming would someday start exploiting catering in it. That means that our buildings are not that far yet. And that makes winning the award extra special. However, the hotel is situated on ten hectares of its own wooded dune area and our objective is to make an enormous step in energy-saving within ten years". Bosman concludes that he is extremely happy and proud with this great recognition for the team.

Everything shows that CSR is not a side issue at blooming. "We don't add it", says Marieke. "That is also the reason that we write blooming with a small letter 'b'," adds Mike Bosman. "The English verb 'to bloom' means to blossom and that is exactly what we are all about. In this way we contribute to society and we speak internally about paying social dividends. We ensure our team understands and supports all we do, they become our ambassadors and that makes for a particularly pleasant workplace where training and experience are very important pillars.” 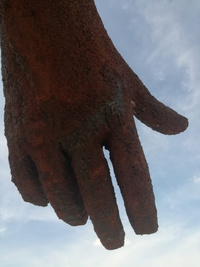